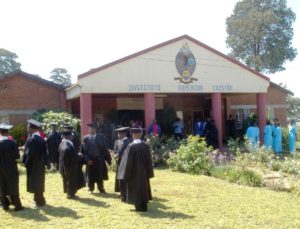 The following courses are offered:

Impact on the community

Over the years, the theological school provided ministers to the Mpatso and Thumbini synods and also helped them to develop  their ministries. The other, non- theological education is also of great value to the community of Mozambique.

The focus is on the shaping of value driven leadership .