URCSA Makhathini – a beacon of hope in Northern KZN

Last week, Kobus Odendaal, manager of Witness Ministry, visited URCSA Makhathini. Rev. Louwrens van der Westhuizen (who ministers here since June 2007) introduced Kobus to a couple of their church leaders and projects, and they had very informative and insightful discussions. 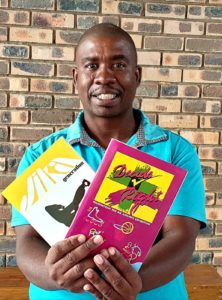 Lungani Mandlakazi with some of the books he uses for his life skills programs. 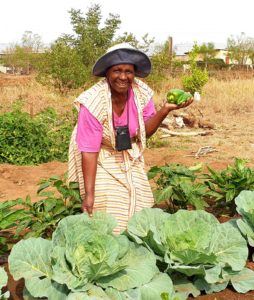 Mama Mthethwa in her vegetable garden

On Friday 20 May Kobus was introduced to Lungani Mandlakazi, an auxiliary social worker who manages various projects, especially poverty and AIDS-related causes. He also monitors and coordinates the Transformers (youth leaders) with life skills programs for the more than 60 to 80 school children they reach with the Gospel.

Lungani is also the coordinator of the garden projects and introduced Kobus to mama Mthethwa who manages the Makhonyeni Garden Project. She showed them the three gardens of which she monitors and guides two women each (six in total) on how to plant and cultivate these beautiful vegetable gardens. In doing this she empowered many women and school girls over the years.

After that Kobus met with Rev. Dalisu Kunene who ministers here from January 1981 and elder Lucky Kunene who serves here as a pastoral carer since January 2020. Lucky is also a theological student who will hopefully become a full-time pastor of the congregation in the future.

They discussed amongst other things, the importance of developing relevant, responsible ministering structures and methods. The importance of communities’ contexts was also highlighted, as well as the training of church leaders. According to them, they need to extend the development of their leadership on grassroots levels by means of NBI and Veritas programs; the church has to address the ever-changing needs of their communities, especially with the challenges COVID-19 brought about.

URCSA Makhathini is blessed with strong, enthusiastic young leaders who take a lot of trouble to invest in the next generation. Themba Mahlangu and Ntombencane Mlambo presented a very fruitful workshop for Sunday School leaders from the various branches in the congregation in April and will present one again later this year.

Mrs. Lindiwe Mthembu, ECD principal of the Vuka Ukhanye Creche at KwaNdaba in her classroom.

On Friday 21 May Louwrens van der Westhuizen intoduced Kobus to Bonginkosi Mthembu who is the pastoral worker for the outposts Bheka Bantu, KwaNdaba, Mbangweni and Bambanana since December 2006. After that, they also visited his wife, Mrs. Lindiwe Mthembu, ECD principal of the Vuka Ukhanye Creche at KwaNdaba. It was wonderful to have met her and their disciplined children, who also receive a healthy meal every day, prepared with lots of care and love. May God bless this wonderful creche that has such a positive impact on their communities.

The church also has a strong need to reach high school children and young adults, as there is a tendency for this age group not to attend church activities anymore.

Kobus was also introduced to Bheka Manzini who is the pastoral carer of the branches Ndumu, Magwangu, and KwaMbane since January 2013. His wife, Khayo, hosted the guests with lunch and they had a very fruitful conversation about youth ministry and church leadership training. 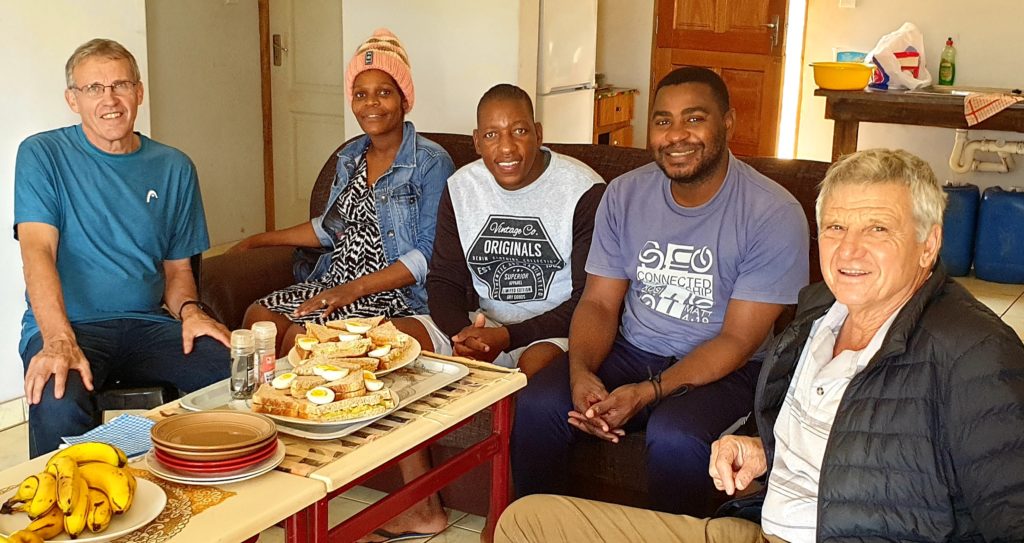 Because of a very tight schedule Zacheus Ngwenya, one of the pastoral workers from Ophansi, could unfortunately not be visited as well. There is great appreciation for his valuable ministry to URCSA Makhathini.

After Kobus’s visit, there is a greater understanding that Witness Ministry’s involvement at Msinga and Makhathini is part of URCSA Cape Regional Synod’s outreach to URCSA Natal Regional Synod. URCSA Makhathini expressed their gratitude for this and is grateful for the relationship that is still keeping very strong.

Although outreaches decreased in the past year or two, it still renders one of the most important opportunities to make and maintain contact between congregations of different synodical regions. Not only gives it congregations the opportunity to support one another but it also helps to expose oneself to other contexts in order to gain a better understanding of one another.